Take a look at the Australian Dollar vs the US Dollar. Nothing here tells me to be short Aussie, and everything is telling me to do the opposite. We don’t have a breakout to speak of just yet, but it certainly appears that one is coming. Let’s get right to the charts.

The first one is a monthly $AUDUSD bar chart showing a breakout above the 2008 resistance and a successful retest of that new found support in 2011 and then again in 2012. These retests took the form of a potential symmetrical triangle formation that would give us a measured move in Aussie up to 1.22 (17 point base 0.94 – 1.11 added to a 1.05 breakout). 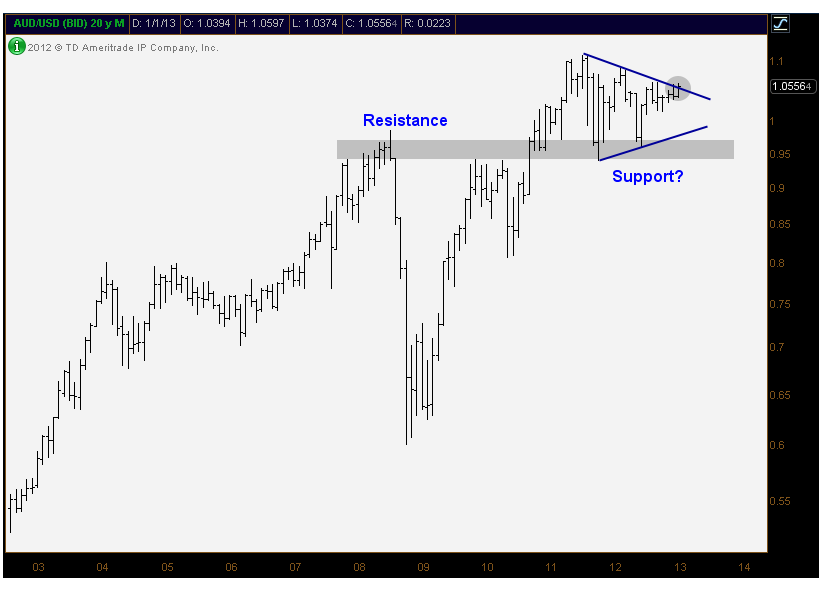 Now, we certainly don’t know that this indeed is the breakout, but we’re really watching closely. Here are the weekly bars for the same chart. I think if it starts to take out 106.23, which represents the September highs, that would be some pretty solid confirmation of a continued uptrend: 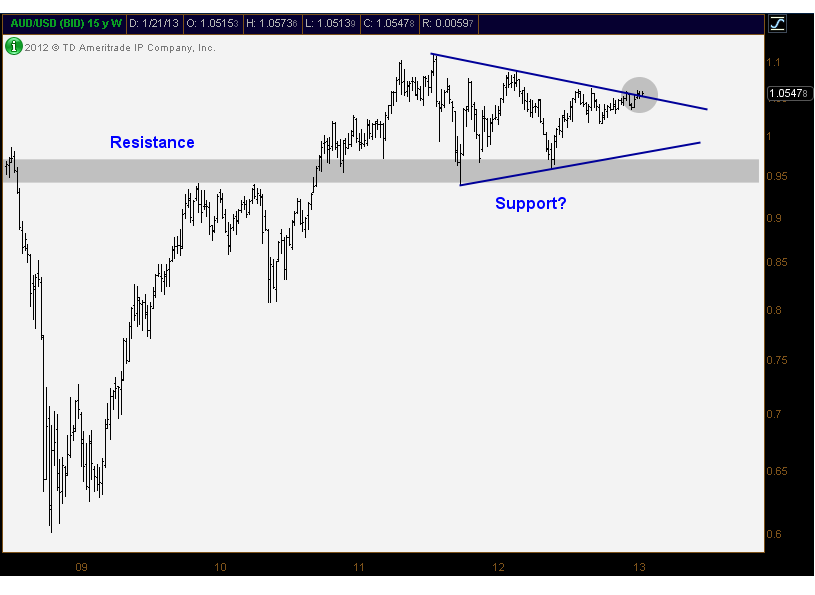 Now to the downside, I would like to see it hold 104.6, or there is some more downside risk to 103 and even 101.50. Fortunately we have the ability to be patient with this one, because if we do breakout, I think there will be plenty of opportunity to jump on board. We don’t have to be the first ones in.