With the volatility experienced over the last 24 hours, we thought we’d provide a quick update on what’s taken place, and how we’re approaching the market right now.

At its peak, the total crypto market cap lost $700B in a space of less than 24 hours, equating to an aggregate 26% decline. In this same period, over 400,000 traders and $2.5B worth of funds were liquidated, making this the most violent unwind we’ve seen since the May crash. 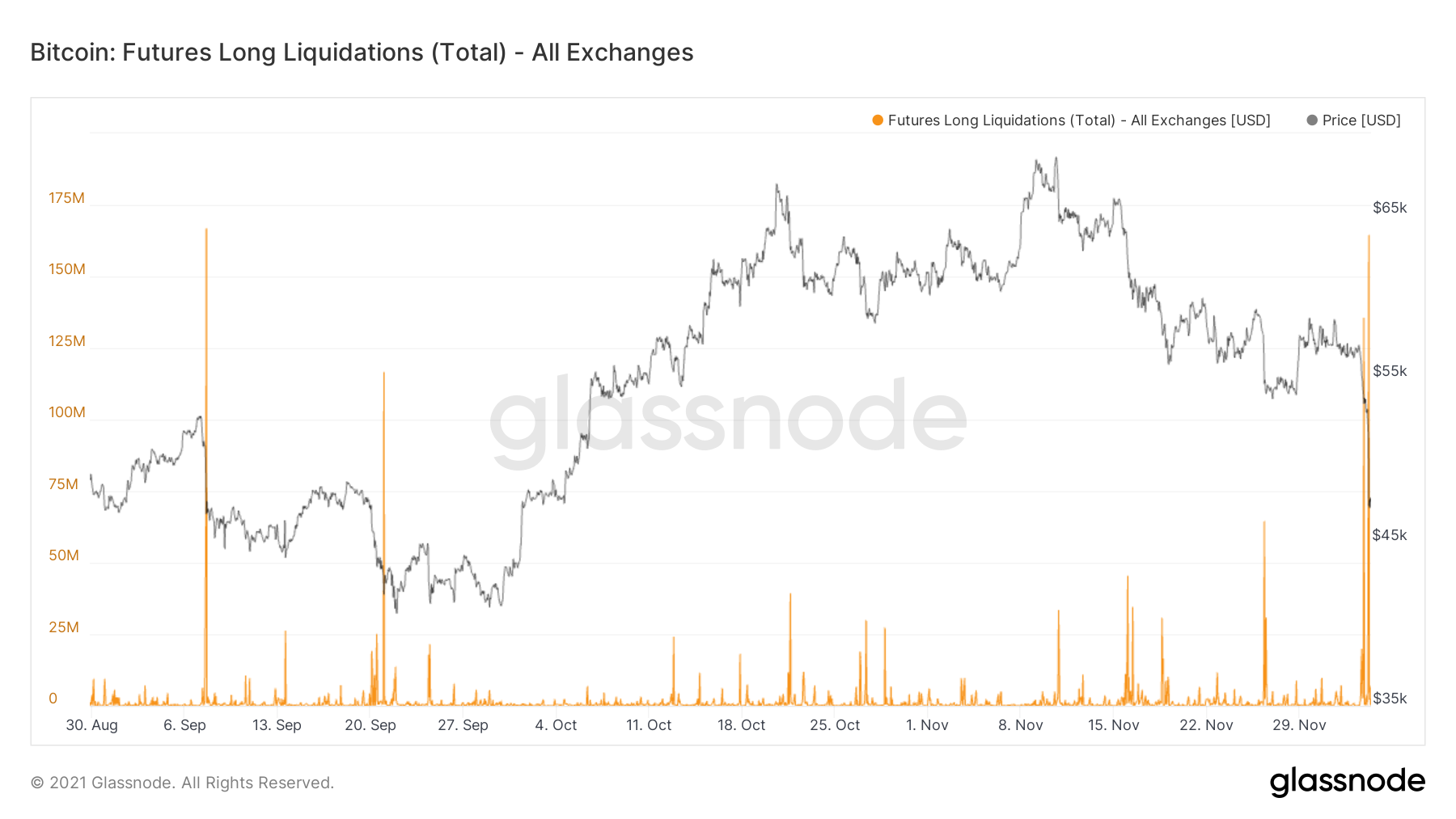 Funding for perpetual swaps are now deeply in negative territory for the first time in over 2-months, pointing to a complete flip in positioning from speculators to an excessively bearish stance. 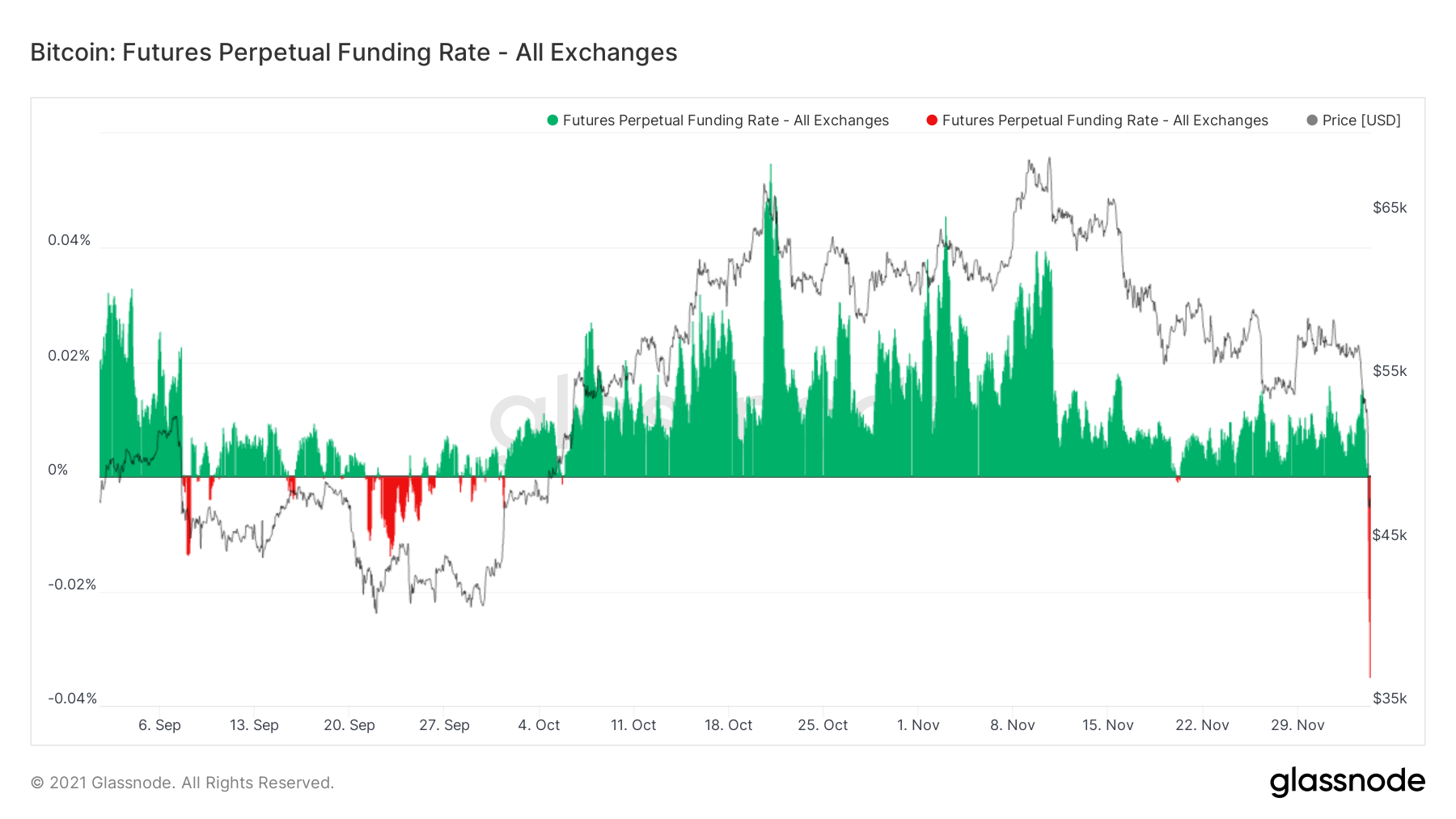 Funding rates for long positions have been strongly positive for many months, and open interest, when denominated in Bitcoin contracts, has been elevated for some time, making Bitcoin susceptible to a cascading of long liquidation forced sell pressure.

It’s fair to say a lot of the overly bullish behavior from speculators has been completely flushed out, with over 50,000 perpetual Bitcoin contracts closed in this period. 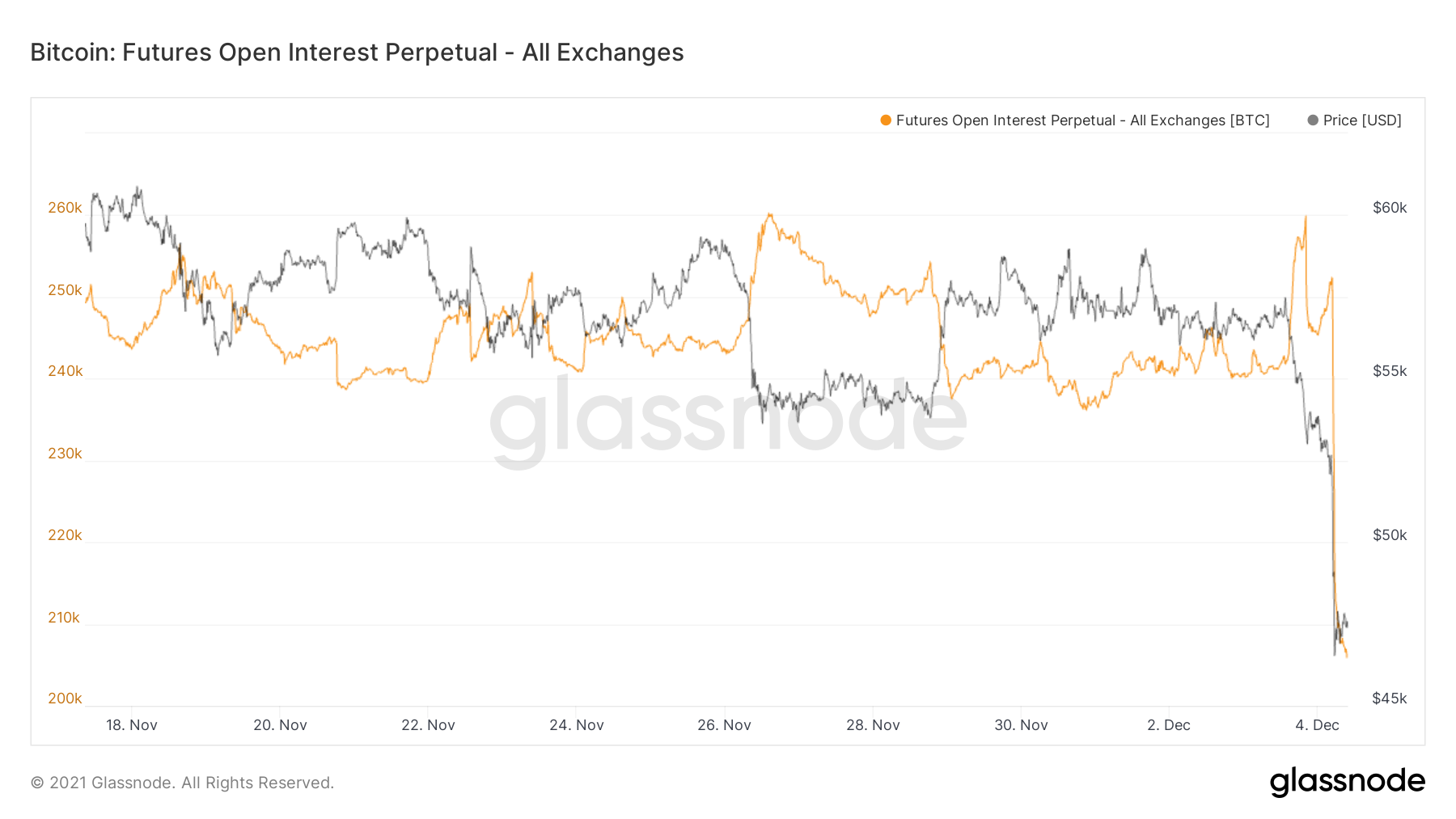 The evidence points to this being yet another derivative-induced selling event. If you can recall, the September flash crash had the same drivers as this selloff – leverage was flushed from the system in a violent fashion, which later enabled the market to eventually move higher toward a new all-time high in October.

Though it may be painful, these resets are necessary and a regular occurrence, and should always be a factor in any crypto risk model.

So while it’s still early, this looks to be yet another one of these events.

But as far as our allocation is concerned, as soon as Bitcoin lost 53,000 all bets are off.

53,000 was the last line the sand for managing risk, and the market has only served to prove how important that level was for buyers to defend.

Looking ahead to the coming weeks, there’s nothing to like about initiating any new long positions.

Our expectation for the coming weeks is sideways price action. A contraction and basing process is likely to take place after such a violent move and we want to treat sharp upward rallies suspiciously right now.

As of the time of writing, Bitcoin is smack bang in the middle of two important levels.

We’re buying weakness toward 41k, and strength above 53k. If you’re a range-trader, this is the market for you. If you’re a trend follower, this market is your worst nightmare.

We’re on the lookout for names showing relative strength in the coming days, but we’re currently sitting on the sidelines with elevated cash positions.

You hear it all the time from the crypto community about “the flipping”, where one day Ethereum (with their smart contracts) will be larger in market cap than Bitcoin (which is just digital gold). I can’t tell you much about the fundamentals of all that, but with last night’s volatility, the relative strength in ETH really stands out: 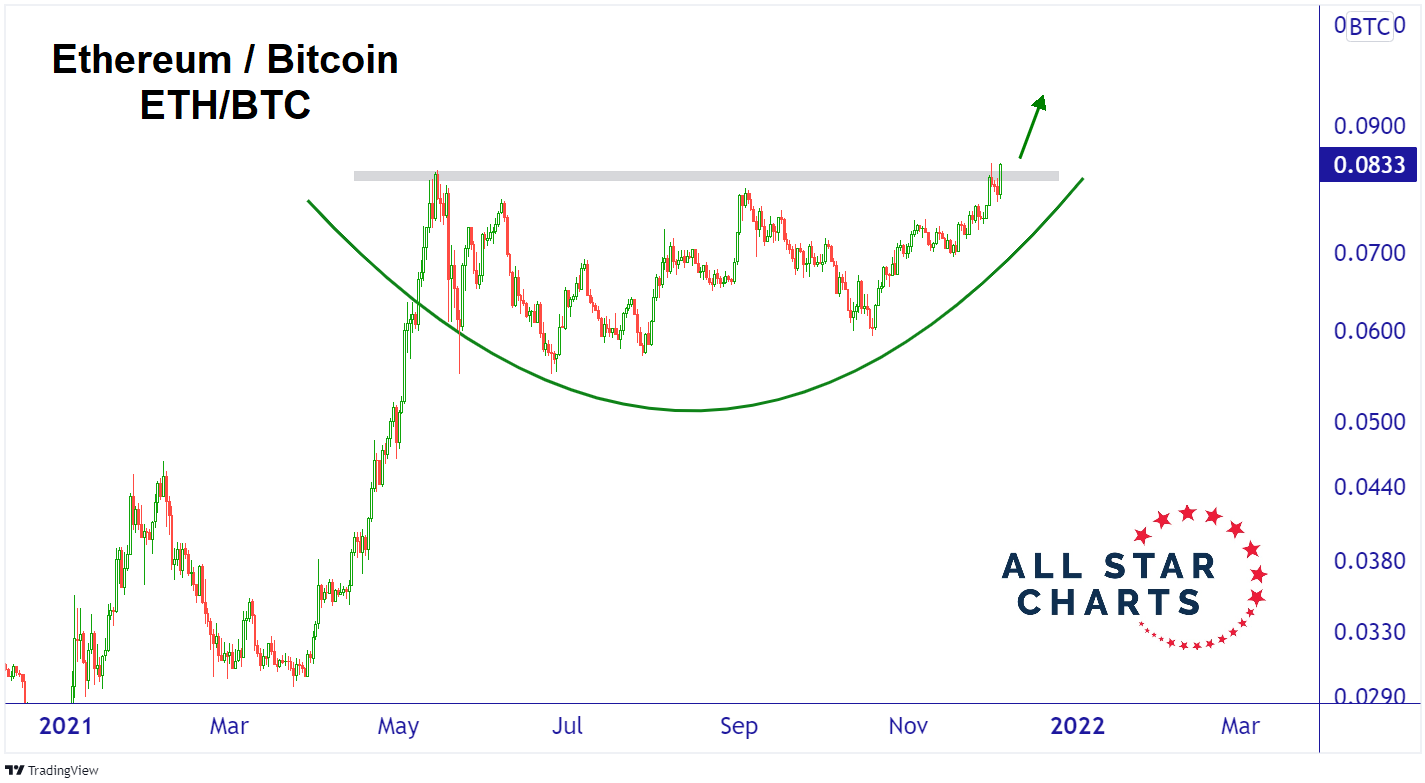 We’re currently seeing new highs in the ETH/BTC ratio, which definitely something that stands out despite last night’s carnage.

We’ll be covering this in greater depth in our Monday note, but you can fire us a line if you have any questions in the meantime.

Hope that helps to clarify our position following this volatility.