Yesterday we talked about how early the Phlx Gold & Silver Index was in this cycle.

This index of 30 precious metal mining companies was the first of the Gold related stock indexes to break out. This was about a month after Gold Futures confirmed a buy signal for us in early October.

But of the “stock” related indexes, we look to the Phlx Gold & Silver Index as a leader. It certainly acts like one.

And do you know how I know it’s not a downtrend?

Look at its components. Each column represents a different moving average ranging from the 5-day all the way to the 250-day. The further to the right the column sits, the longer the smoothing mechanism we used.

Green cells represent when the price of the stocks are above that particular moving average, and each of the 30 stocks are listed on the left side of the table:

END_OF_DOCUMENT_TOKEN_TO_BE_REPLACED

Back in the late 1800s Charles H. Dow wrote down all of his Tenets about the market in the Wall Street Journal.

One of the basic tenets that many are familiar with is the confirmation of the Dow Jones Industrial Average and the Dow Jones Transportation Average (which was simply known as the Railroad Average when Charlie was around).

If one of the two indexes is making new highs and the other is rolling over, something is wrong, and the trend is likely changing.

Now, if one of the two indexes is making new lows within an ongoing downtrend, and the other is already putting in higher lows, that bullish divergence is evidence of a change in trend. END_OF_DOCUMENT_TOKEN_TO_BE_REPLACED

In the 4th quarter we saw the Phlx Gold & Silver Index ($XAU) break out above its key level, invalidating any bearish thesis that one could possibly have for Precious Metals.

Well once we got back above that in November, it was time to start buying Gold & Silver stocks.

But where was the most popular ETF $GDX?

It was still below that overhead supply, as you can see in this chart below.

This is the weekly post that aggregates all the charts we put together throughout the week and organizes them all into one, easy to flip through deck. 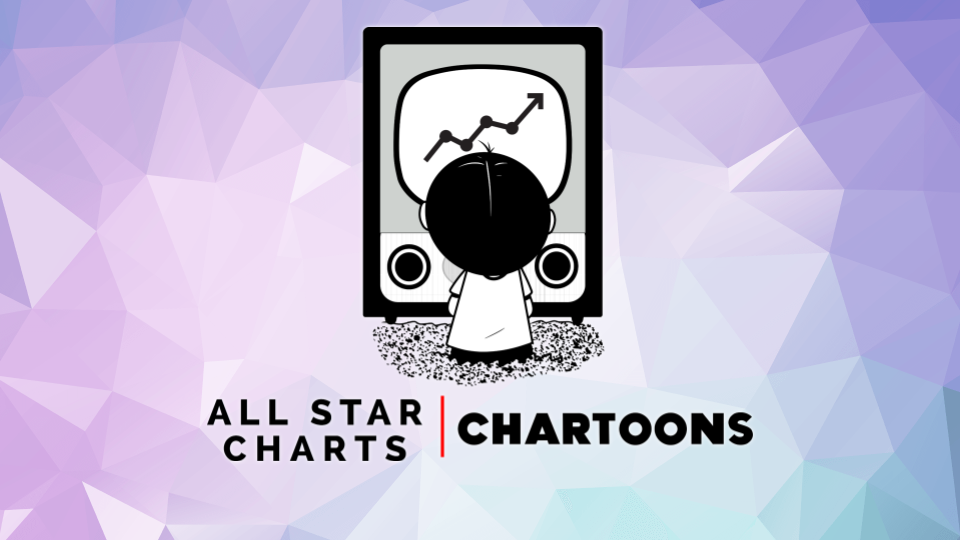 END_OF_DOCUMENT_TOKEN_TO_BE_REPLACED

On Tuesday of this week I was in the city for a few meetings, so I dropped by Fox Business to chat with my old pal Liz Claman.

Her and I have been doing this dance together for over a decade.

She’s one of the best in the business and we always have a great time.

Liz knows me well by now so there’s no gossiping about the Fed with me.

It was all about explaining how we’re already entering Month #8 of this ongoing Bull Market for stocks. END_OF_DOCUMENT_TOKEN_TO_BE_REPLACED

It seems like everyone is making money in the market these days.

US Stock market investors are crushing it.

Investors in foreign stocks are doing even better!

Heck, even the Gold bugs are getting paid.

I mean, who isn’t? END_OF_DOCUMENT_TOKEN_TO_BE_REPLACED

These are the registration details for our Live Mid-month Conference Call for Premium Members of All Star Charts.

Our next Live Call will be held on Tuesday January 17th at 6PM ET. As always, if you cannot make the call live, the video and slides will be archived and published here along with every other live call since 2015.

Here are the details for Tuesday night: END_OF_DOCUMENT_TOKEN_TO_BE_REPLACED

A question that keeps coming up to me is why Consumer Staples and Low Volatility stocks are outperforming.

These are normally the types of things you see when stocks in general are under pressure.

This is the kind of rotation you get in bear markets.

But the back half of 2022 was good for stocks. The 4th quarter was great.

Most stocks have been ripping for almost 7 months now. This is NOT the type of environment where Staples and Low Volatility stocks tend to outperform.

And while they might be making new multi-year highs relative to the S&P500, it’s pretty easy to outperform an index with so much exposure to growth stocks. So can we even call that ‘outperformance’? END_OF_DOCUMENT_TOKEN_TO_BE_REPLACED