A couple of weeks ago I first brought up this chart of the British Pound vs US Dollar. To me things don’t get cleaner. When something, I don’t care what it is, keeps hitting support this many times, eventually it’s going to break. We find this phenomenon constantly in asset classes all over the world. Bullish too, like in the Nikkei last Fall. But in the case of $GBPUSD, February’s test of support was #6. That’s too many for me…

Eventually I felt it would break. I didn’t necessarily expect it to happen right away, but hey we’ll take it. At this point I think enough time has passed that rallies can be sold and we’ll eventually get down towards those May 2010 lows in the 142’s 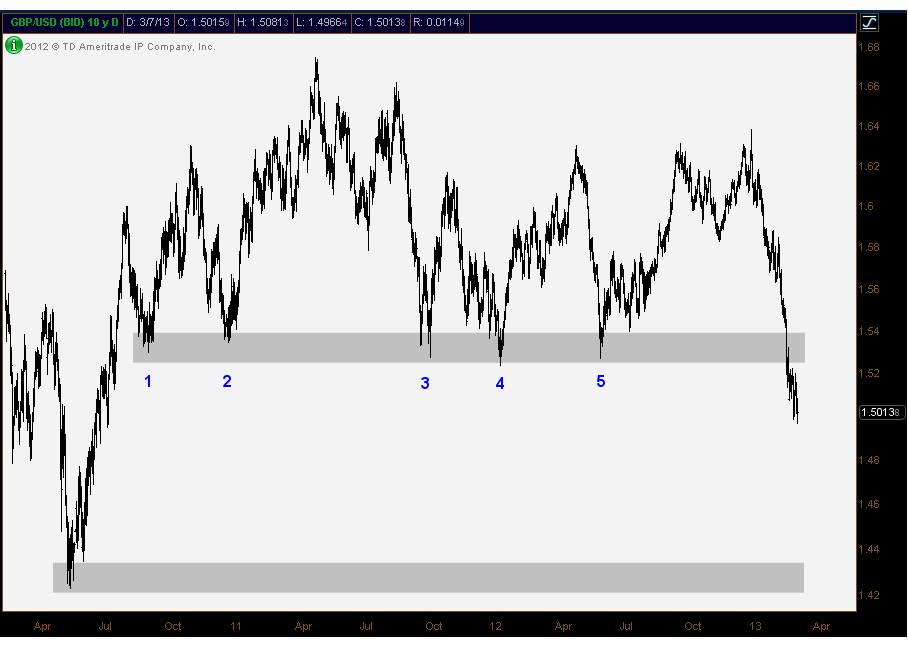 It looks like test #6 was the magic number on this one. It looks terrible, there’s no other way to put it. If this turns out to be a false breakdown and it just rips in our faces, then hey I was proven wrong and back to the drawing board. But I’ll be bearish on this chart 100 times out of 100.