We’re down 9% from the all-time highs in the S&P500 and I see people acting like 2-year olds that just had their favorite toy taken away from them. “Markets in turmoil”…..really? Why, because the market is down 9% from it’s highs last year after rallying over 220% over the prior 6 years? Please.

If you don’t live in a box and have access to any data that came before tinder was invented, you’ll easily be able to see how perfectly normal it is for markets to go both up and down. As someone who looks at stock markets all over the world, commodities and currencies, I see things get absolutely destroyed all the time. Look at the British Pound lately, look at the agricultural commodities, look at energy and base metals over the past few years. Anything in the emerging markets world – crushed. And these are real collapses in prices, not this 9% nonsense that people are getting all worked up about because it’s the S&P500, or Apple, or something that they’re too sensitive about.

This sort of market environment is perfectly normal and anyone who tells you otherwise is either very ignorant or is lying to you so they can get your attention, for whatever the reason. I’ve been bearish towards the U.S. stock market and have been very vocal about it for some time. This is a “sell rallies” market, not a “buy the dip” environment. 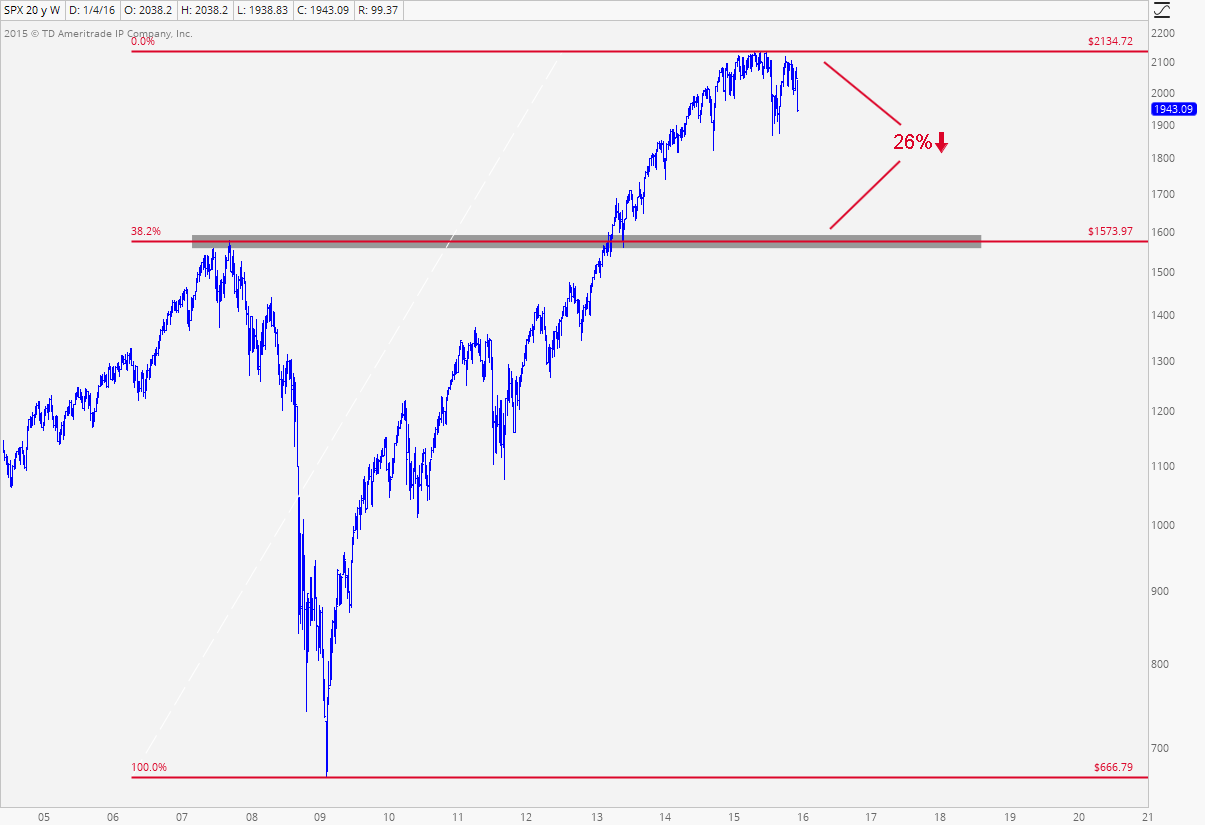 Now, do we want to be aggressively putting on more short positions right here today? No, I think that would be irresponsible. That time has passed. I’ve been very vocal (See here) about how we want to be shorting U.S. Stocks, Apple, Amazon, Emerging Markets, etc and owning U.S. Treasury bonds, particularly the long-end of the curve. If you’re still stuck owning stocks, you are that group of bag holders that is sitting at higher prices waiting to sell to any demand. This is what we call, “Overhead Supply”, and it can be seen here: 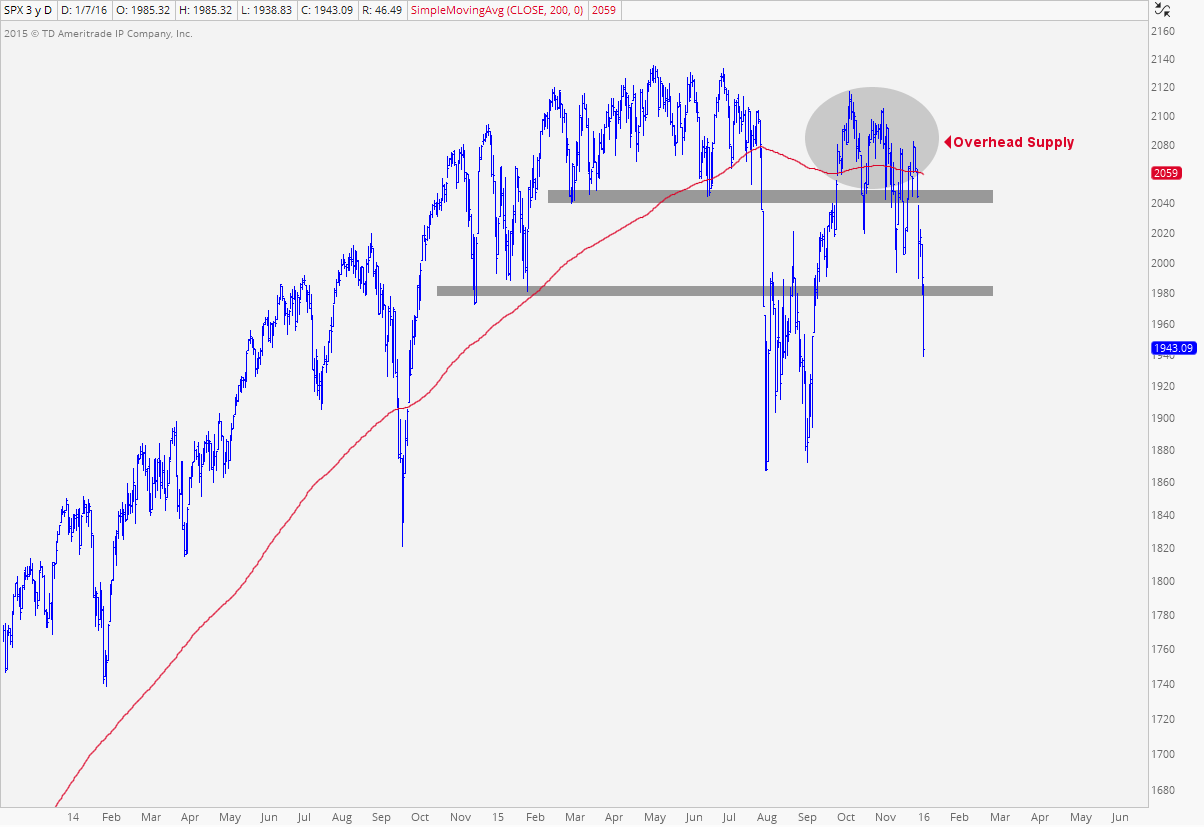 Moving forward we want to continue to sell into any and all strength, particularly towards 2040, which is the big number we’ve been harping on to be short below since last Summer. Above 2040 and neutral is best. Below it and we definitely want to short this market down another 20%.

We will get bounces. I promise you. Also, remember that the biggest rallies come within the context of a bigger structural decline. Go look at a list of the best days in stock market history, they all come during massive sell-offs. I would expect this decline to be no different and the rallies we do get should be vicious. We’ve seen this story before: the TV prances around all the bullish sell side guys, economists and academics that always say the same thing: stay the course, blah blah. Then the market rolls over again and makes new lows, and all of a sudden the permabears and gloom and doomers get their time. That’s when you get the market in turmoil specials and USA Today headlines. That normally triggers a bounce, and then that cycle repeats itself over and over again until we finally hit the bottom.

This is what I am expecting going forward. 1820 is the next level of support and I think we get there pretty quickly. I would be really surprised if we didn’t get some sort of reaction bounce from that level and we want to be covering tactical short positions at those lows. After some backing and filling, I think we ultimately break to fresh multi-year lows and we correct 26% in total from top to bottom. Simple as that.